In recent years, Africa has become one of the popular destinations among Chinese tourists. For many Chinese, Africa is an isolated and idealistic place, and the trip to Africa is like a pilgrimage in nature.

According to statistics from Ctrip, a leading Chinese online travel agency, the number of tourists who bought tour packages for Africa increased by 40% year-on-year. The generation born after the 1980s is the largest group, accounting for 30% of customers going to Africa.

Egypt, Mauritius, Kenya, Morocco, Tanzania, Tunisia, and Ethiopia are among the most popular destinations.

"After visiting major destinations in Europe, America, and Asia, many Chinese tourists are now looking for less visited places with novelty," said Hu Wenyu, Ctrip business manager for the Middle East and Africa. “Here has been a clear upward trend in the number of Chinese tourists visiting Africa,” Hu said.

According to the consular website of the ministry of foreign affairs, some 20 countries and regions in Africa are currently granting a visa waiver or arrival visa policy to Chinese citizens. Visa facilitation policies are an important factor in attracting Chinese tourists.

According to Qiu Feiming, an experienced travel agent at Ctrip, the peak period for tourism in Africa is between July and October. Most Chinese tourists travel to eastern and southern Africa to observe wildlife and feel closer to nature.

Qiu added that winter marked a peak period for north Africa. The warm climate along the southern shores of the Mediterranean, the desert landscapes of the Sahara and the exotic Arab charm attract travelers. The tropical islands of Mauritius and Seychelles are the most popular destinations for honeymooners. 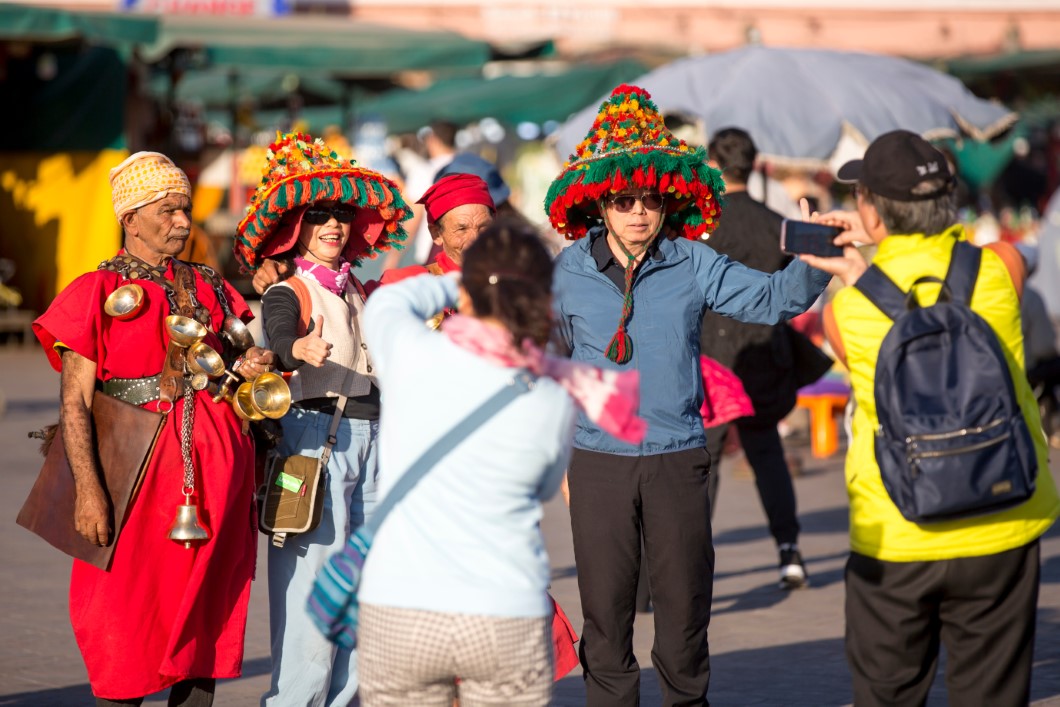 Qiu said the tourism infrastructure in southern and eastern Africa was satisfactory, but the same was not true for wildlife activities. An insufficient supply of water and electricity occurs from time to time.

Tourist sites in Africa are actively improving their infrastructure to meet the needs of Chinese tourists. "The performance of safari vehicles is gradually improving, for example," he added.

According to Hu, price and resources are the two main factors limiting the number of Chinese tourists to Africa. With the high cost of tourism development, the average price for an individual traveler is higher. And there may be a shortage of transportation and accommodation during the high season.

In high season, tourist guides who speak Chinese are in great demand. Experts note that four out of five local tour guides are employed part-time.

Travel to Africa accounts for about 12 percent of Ctrip's business in the Middle East and Africa, Hu said. "We have a special team in charge of our activities in Africa and we have explored the potential of the tourism market in Africa and currently we are working on promotional plans in cooperation with African hotels".

Kenya hopes to attract at least 100,000 Chinese tourists every year for the next two years, said Najib Balala, secretary of Kenya's Tourism and Wildlife Cabinet.

The Kenya Tourism Association of Kenya was launched in Nairobi on March 2018 to provide better services to Chinese tourists, Balala told.

An official of the Moroccan Ministry of Tourism said that Morocco is intensifying its efforts to improve its transport and accommodation infrastructure in order to increase its tourist reception capacity, with the aim of attracting an annual average of 500,000 Chinese tourists by 2020.

HOW TO ATTRACT DIFFERENT TYPES OF TOURISTS – THAT IS THE QUESTION!

CHINESE ONLINE GIANT TO INVEST IN TOURISM IN EUROPE?

CHINESE TRAVEL AGAIN, BUT NOT FAR FROM HOME

SOUTH ASIA NEEDS CHINESE TOURISTS BUT THE BORDERS ARE CLOSED