Along with the coronavirus pandemic, the main threat to the Caribbean countries has been the almost complete halt of tourism activities, their main source of income, which in some states accounts for more than 50% of the economy.

Comito raised the alarm by warning that in just three weeks of March, hotel occupancy in businesses affiliated with CHTA had fallen from 76% to 10%. The terrible news was a prelude to the nightmare that the pandemic would represent for the Caribbean until today.

After a 3-month lockdown in most of the small Caribbean states, the region finally reopened at the beginning of July, and in a few weeks, the measure resulted in a disproportionate increase in coronavirus cases, which forced local authorities to go back to lockdowns.

Experts warn that the situation is vital since tourism is the main economic engine for most of the Caribbean countries and contributed 59 billion USD to its economy in 2019, while also generating more than 2.8 million of jobs.

According to data provided by CHTA, between mid-March and last May, the Caribbean tourism industry lost around 8 billion USD and more than 1 million jobs due to Covid-19.

Puerto Rico Loses between 5 and 10 Billion

José Caraballo, former president of Puerto Rico Association of Economists, said that since the beginning of the pandemic the island’s economy lost 5 to 10 billion.

“The problem is that there’s no plan B for losses in these industries – tourism and entertainment,” he said, recalling that there are people in Puerto Rico who have not received unemployment benefits since March.

The lack of tourism has been reflected in the hotel occupancy. The demand for hotel rooms and short-term rental properties on the island fell 48% during the last week of July compared to the previous two weeks, according to the latest data available.

Caraballo said that the situation in Puerto Rico can be extrapolated to the rest of the Caribbean, where the situation is even much worse according to him since tourism only accounts for about 7% of Puerto Rico’s GDP compared to some small islands of the region where tourism far exceeds 50%.

One of the regional economies most dependent on tourism, and therefore most affected by the pandemic, is the Bahamas, an archipelago state that has a fiscal deficit of 1.3 billion USD.

Furthermore, Bahamas’ public debt exceeds 60% of the GDP, while the unemployment rate has been around 10% for more than a decade. 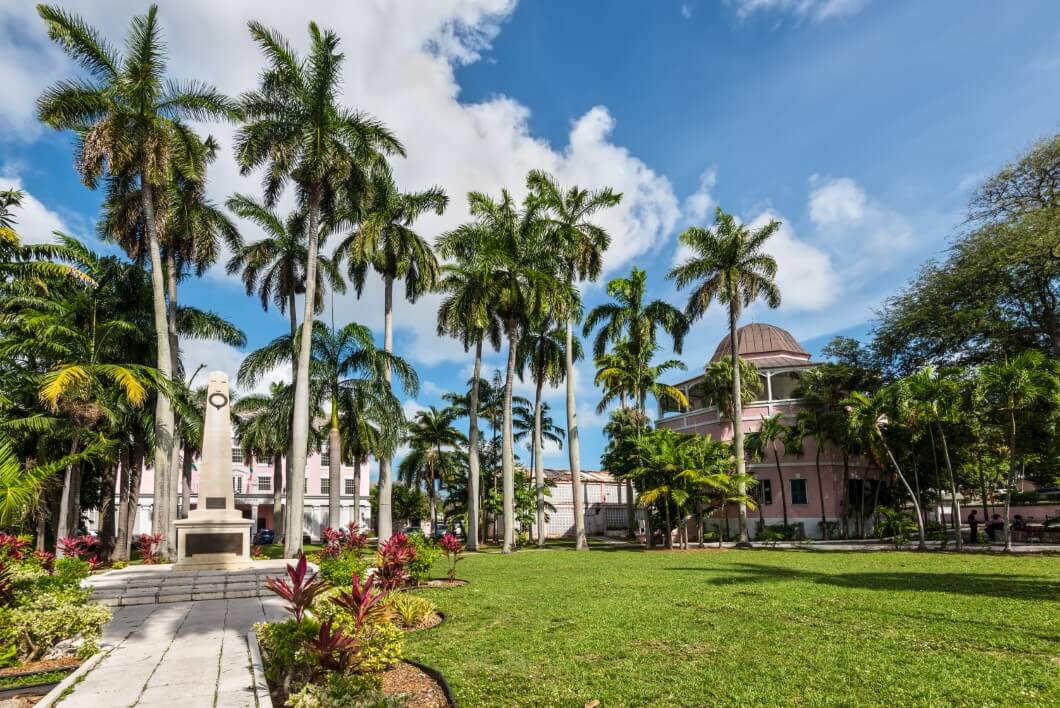 Tourism Accounts for 60% of Bahamas’ GDP

Tourism alone generates about 60% of the Bahamas’ GDP and roughly half of the country’s employment, which gives an idea of ​​what Covid-19 means for this Atlantic archipelago.

According to estimates by local authorities, the Bahamas could lose 2.7 billion in tourism revenue if the coronavirus pandemic continues until the end of 2020.

The island’s GDP could see a dramatic drop of more than 25% in the worst scenario, according to a report by the Inter-American Development Bank (IADB).

Another great tourist power in the region is Jamaica, a country in which this industry adds about 20% of its economy, and has also been severely affected by the pandemic. Forecasts are that if the situation continues, Jamaica will close the year with a fall of more than 10% in its GDP.

The Jamaica Hotel & Tourist Association explained that tourism will generate about 1.5 billion this year, a figure far below the 4.4 billion that had been estimated before the pandemic.

In Jamaica, about 100,000 people are directly employed in the tourism industry and at least 150,000 do so indirectly, with almost all of them currently unemployed.

According to Camillo Gonsalves, Minister of Finance of St. Vincent and the Grenadines’, two-thirds of the country’s economy rely solely on tourism, so the current situation and the lack of tourism represents an unprecedented crisis.

As for the small Caribbean island of Anguilla, it has reopened to tourism on August 21 but enforcing some of the stricter entry rules, which may deter many Americans, its main source market.

One of the most affected territories in the region is Antigua and Barbuda since its economy depends 60% on tourism. Despite its reliance on the industry, all passengers arriving by air in August have to present negative COVID-19 test results taken within seven days prior to the flight.

Regarding the Cayman Islands, Joseph Woods, director of the Port Authority, announced an extension on the cruise ships ban from October 1 to December 31 as a preventive measure against Covid-19.

Lastly, the Cayman Islands decided to delay its reopening for international tourism (originally scheduled for September 1) until October.

MEXICAN CARIBBEAN TO OFFER DISCOUNTS DUE TO SARGASSUM SEAWEED

GLOBAL TOURISM: THE BILL FOR COVID-19 TO AMOUNT TO 2 TRILLION DOLLARS

THE CARIBBEAN BETS ON COVID-19 VACCINES TO RESTART TOURISM

AIRBNB FOLLOWS THE TREND OF NEW LIVING AND TRAVEL CULTURE

TRAVEL ITEMS THAT A WOMAN SHOULD NEVER FORGET TO PACK