Bike-sharing is a phenomenon that has been developing globally for some time now. The sector grew exponentially in China three years ago, but last year the growth came to an abrupt end. However, after the Covid-19 crisis, bike-sharing experiences yet another boom as Chinese people try to avoid public transport due to the fear of infection.

Bike-sharing companies have also chosen a somewhat different approach and have corrected their past mistakes with the goal to provide better services to the general public.

One of the changes is the increased use of AI and big data technologies. This helps the companies pinpoint places with the highest demand rather than just cover the territories of cities with thousands of bikes. Overall, this results in increased effectiveness of the service and fewer bikes just lying around sidewalks.

Thus, the real answer to last year’s bike-sharing crisis was not a drop in demand, rather the flawed business model. The use of technologies allows businesses to create tailored offers for the ever so difficult-to-please customers. Generally speaking, this could represent an opportunity for many other players in the sharing economy sector and bike-sharing in China, as they prepare for troubling times after the Covid-19 crisis.

Since the beginning of the crisis in China, an increase of longer rides on shared bikes has been registered by bike-sharing companies. This represented a shift from the usual model which saw bike users ride a bike for shorter distances. However, to avoid the risk of infection, people started riding longer and further.

A result of this trend is also the increased popularity of electric bikes and scooters which simplify longer trips. Given the high prices of electric bikes, there is more demand for them to be shared and companies offer monthly access to them for as little as $30 per month.

This trend is also confirmed by statistics from Hellobike, a Chinese bike-sharing company. According to their data, there were almost 300 million rides per day on casual bikes in China last year. In contrast, 700 million riders per day were made on electric bikes and scooters.

With the rise of electric bikes and scooters and overall vehicles, cities have gone through inevitable changes. One of the prime examples is the creation and introduction of charging places. This goes hand in hand with the introduction of new policies and regulations.

For example, China introduced its national standards for electric vehicles last year. These standards include many requirements to develop the industry, one of which is the necessity of a system of centralized charging and replacement, but also restrictions on the speed and weight of the vehicles. 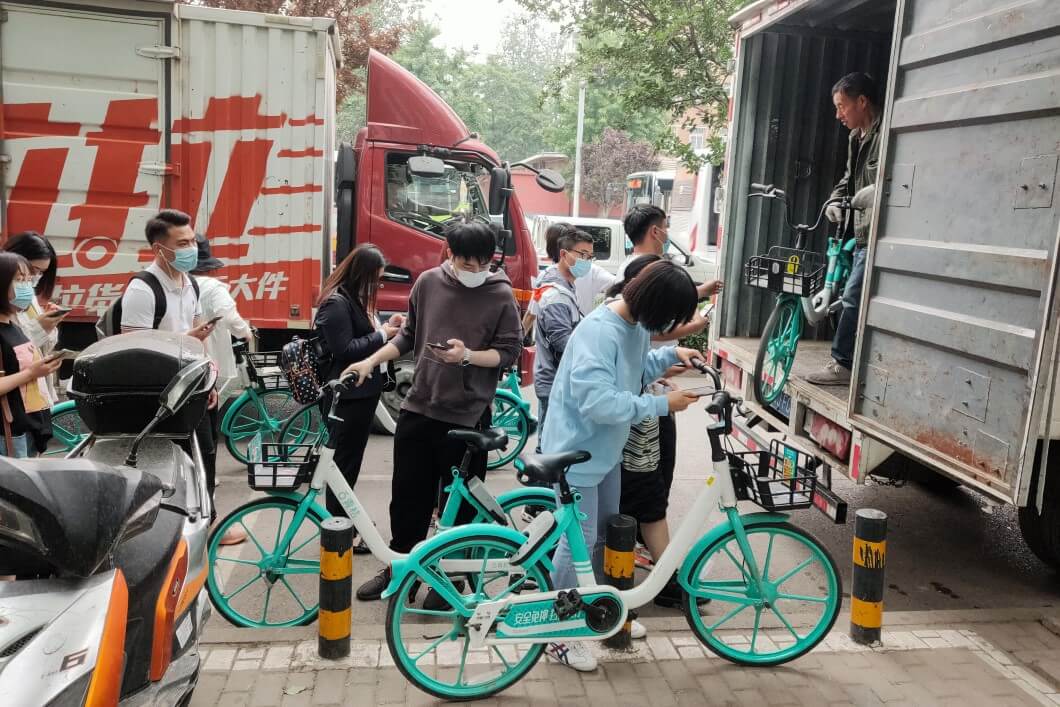 The pandemic has served as a boost for bike-sharing. Public transport and public cars are being overtaken and this trend could lead to long-term consequences in how people perceive travelling.

Initially, many considered bike-sharing as a way of avoiding infection but as time passes, they may find this way of transport more convenient and fun. Moreover, companies are expanding their offer and adding many more opportunities to casual services. Slowly transport is being viewed more and more as a service and this concept is gaining significant momentum in China.

THE BEST WAY TO SEE CENTRAL PARK – GET ON A BIKE!