7 MUST-SEE PLACES ON A DREAM TRIP TO TURKEY

Turkey is the dream of many travelers who seek history, culture, nature, beach, traditions, exquisite food, emblematic places and unique experiences, all in one destination.

Turkish films and soap operas, postcards of world travelers, the traditional names of cities that have been the scene of historical events like Istanbul located on the Bosphorus Strait, which separates Europe and Asia, between the Sea of Marmara and the Black Sea, and, above all, the large number of tourist activities at the destination are some of the reasons why each year more travelers decide for a trip to Turkey.

Although the coronavirus pandemic brought many restrictions globally for travel and tourism, the progress made in mass vaccination has allowed countries to reopen and start reactivating the industry. One of those countries is Turkey, which allows fully vaccinated travelers (fourteen days after the second dose), those that certify that they have recovered from the virus in the last six months, or those that show a negative PCR or antigen test taken no more than two days before the trip, to enter the country.

These are the 7 places that any traveler going on a trip to Turkey should visit, a destination that can stop being just a dream to become a real and incredible experience.

The capital and administrative center of Turkey symbolizes the new republic and the modernity of the country. However, Ankara is also a city with a very rich history and culture spanning thousands of years. Visiting the streets, museums and monuments is like taking a history class firsthand.

Seeing the mausoleum of Mustafa Kemal Atatürk, going to the Museum of Anatolian Civilizations, walking through Kizilay Square, going up to Ankara Castle, entering the Kocatepe Mosque and watching the Atakule Tower are some of the mandatory stops.

Despite not being the capital of Turkey, it is still a major city full of charm and mysticism and the largest city in the country. Visiting the Hagia Sophia Mosque, the Galata Tower and the Blue Mosque, taking a ferry across the Bosphorus, haggling in the Grand Bazaar and watching the splendor of the Ottoman Empire in the Topkapi Palace are some of the must-sees in the only city that lies between two continents: Europe and Asia.

The taste and aroma of a kebab from local restaurants, and the option to dance in the bars of Galata are more enjoyable in this city that has it all.

Located in the central Anatolia region, Konya is one of the most important historical and cultural centers of Turkey and the world, considered by many to be the cradle of civilization and an open-air museum.

Çatalhöyük, which is close to the city center, is known as the oldest and most developed Neolithic settlement discovered so far.

Visiting the Museum of Wooden Artifacts and Stone Carving, discovering the Mevlana Museum where the tomb of Rumi is, or having tea in the Alaeddin Tepesi Park are the most recommended activities in this historic place.

This region, famous for having a unique geography full of valleys that eroded over thousands of years (called ‘fairy chimneys’), stands out for its culture and history, its lively nightlife and its many charming places.

Travelers dream of visiting Cappadocia thanks to the postcards where hot air balloons fly over a landscape of ocher tones and rocks, a ride that is best experienced at sunrise.

Göreme, a city in the center of the valley (its meaning is “one cannot see in here”), is the starting point for the balloon rides and a place packed with hotels, restaurants and more activities for all tastes and budgets.

The Göreme Open Air Museum and Uchisar Castle are some of the other main sights any trip to Turkey should include. 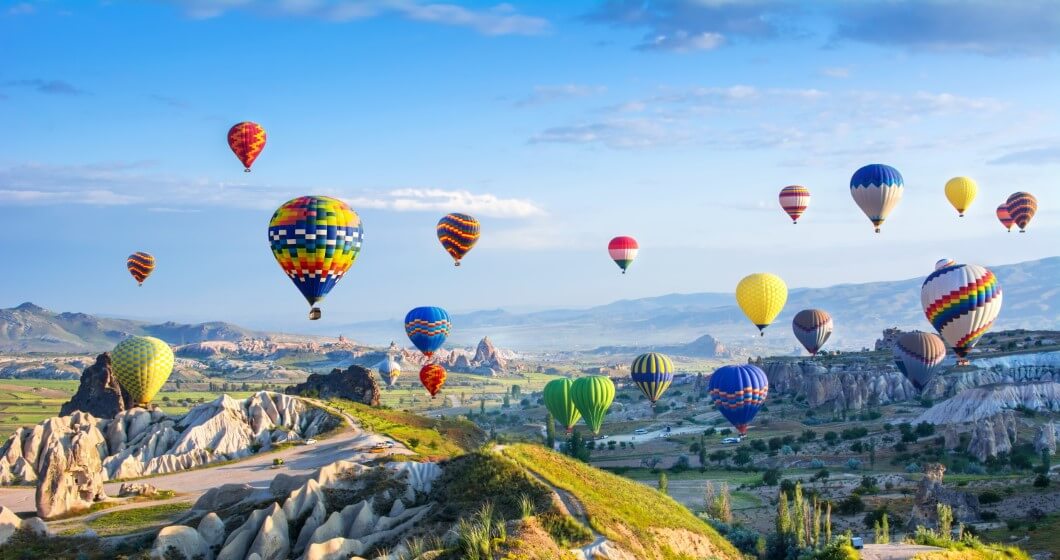 In Turkish, Pamukkale literally means “cotton castle”. The city, located in the west of the country, combines the white layers of rocks such as limestone, which form curved movements like tides in the sea, with the blue and slightly cloudy skies of the Denizli province, and hot springs so clear that they can reflect every detail of its depth.

The region also has a rich historical value, as Hierapolis, the “sacred city”, was built there and its foundation dates to the 4th and 1st centuries B. C.

Western Turkey is also home to Kusadasi, a large resort town surrounded by the blue waters of the Aegean Sea, on which water sports and other activities take place. There are restaurants and bars often visited by tourists who enjoy the warm weather and the local cuisine with fresh fish and vegetables.

Kusadasi, or the ‘island of birds’, is a region that has been inhabited since 3000 B. C. The Güvercinada Castle and the Kaleiçi Mosque are some of the recommended places to visit. 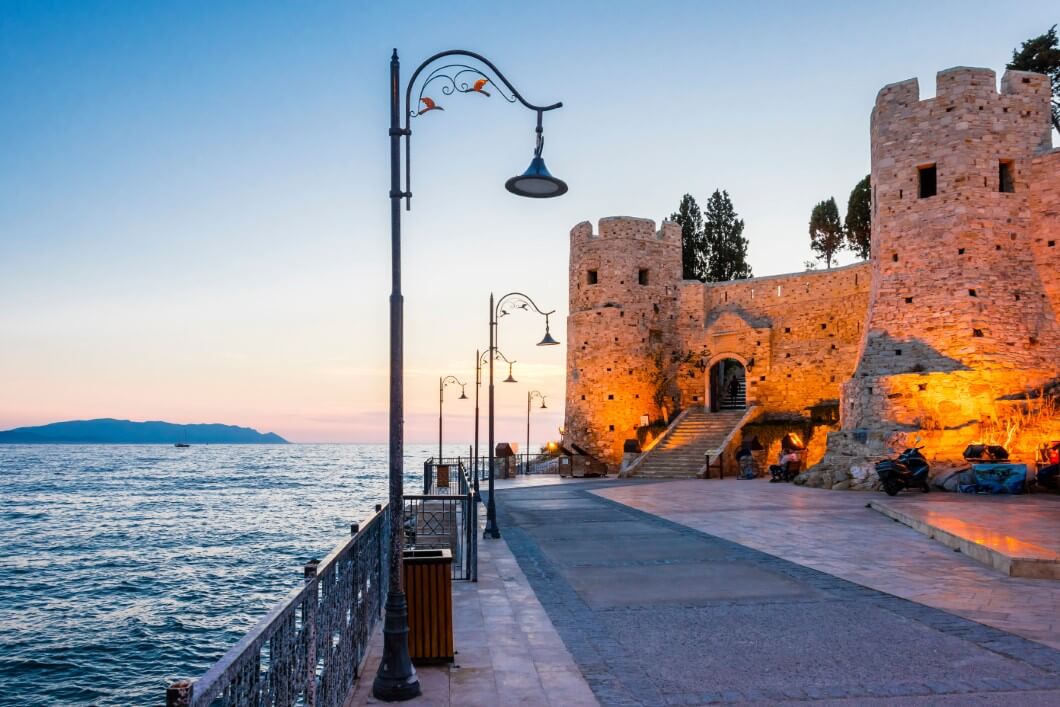 A trip to Turkey should also include the northwest of the country – Bursa – one of the most populated cities in Turkey, and known, among other things, for being the first major capital of the early Ottoman Empire. Given its history, some of the most important mosques in the region are found in this region, such as the Great Mosque of Bursa and the Green Mosque.

Bursa is two hours’ drive from Istanbul. Visitors get carried away by the local guides and visit historical buildings, discover the oral tradition and, of course, try out the flavors of dishes as ancient as the buildings.