In recent years, new companies have been offering consumers the opportunity to travel and discover monuments through virtual reality. With the health crisis, the trend has accelerated, and a debate is going on in the world of tourism: will tomorrow's travel be based on visual helmets?

Since the beginning of the summer, Notre-Dame-de-Paris has reopened its doors... in virtual reality (VR). It is the FlyView centre, a project launched in 2014 in Paris that allows visitors to discover monuments such as the Eiffel Tower from the air, that has developed this experience during which it is possible to fly over the cathedral before and after the fire while waiting for it to be accessible again. With a VR helmet on the head, the visitor rediscovers, cut off from the real world, the building is first seen from the sky, intact, before entering it and wandering through the different rooms, during the film Revivre Notre-Dame.

The initiatives of virtual reality vacation have been on the increase, especially since the confinement and collapse of the tourism sector. But, in the more or less long term, could virtual reality replace tourism? This is the question that the industry, in search of innovation, is asking itself.

A Tool That Is Still Too Limited

"I don't see it as a substitute for travel, it's an almost absurd assumption for me," says Sophie Lacour, a doctor in information and communication sciences and managing director of the consultancy Advanced Tourism, which specializes in tourism innovation.

If virtual reality were used as a substitute, it would be dramatic. For it doesn't offer the sensations of travel, touch, smell, the environment, and therefore can't be considered as an alternative to it. Futurism as we imagine it, entirely robotic, is not desirable. Humans are social beings, they need contact. A dimension that the VR cannot (yet) offer. Therefore, the consumer needs someone to accompany in their reflections and decisions. If a tour operator is not supposed to indicate which place is better than another in terms of its offers, the adviser will naturally do so, by expressing his or her opinion. Information that a robot or a virtual experiment will never be able to provide in the same way.

"However, this tool is already the journey of the future in the imagination of a large part of the population," says Erik Champion, a professor at the University of Curtin in Australia and a member of the UNESCO Chair whose aim is to analyze the prospects for virtual reality in tourism and education.

"The instrument still needs to be developed," says the specialist. For many, VR may have already replaced travel, but in reality, it still lacks robustness and solid content. In particular, it needs to become a source of sharing that would allow consumers to have a collective experience, which they can configure and customize as they wish in order to try it out with friends".

A framework is, therefore, necessary to make good use of this technology, by integrating it into a circuit or a package so that it makes sense, but also for ecological reasons. Above all, the VR must not be used at home without supervision but must be limited to tourism operators for commercial use, accessible to the greatest number of people. Instruments such as helmets, cables and all the data used by this technology are very energy-intensive. Today's technology is not optimal. It requires a lot of space, cables and powerful computers, which does not make it easily transportable. For these reasons, it has not yet fully conquered the tourism sector. 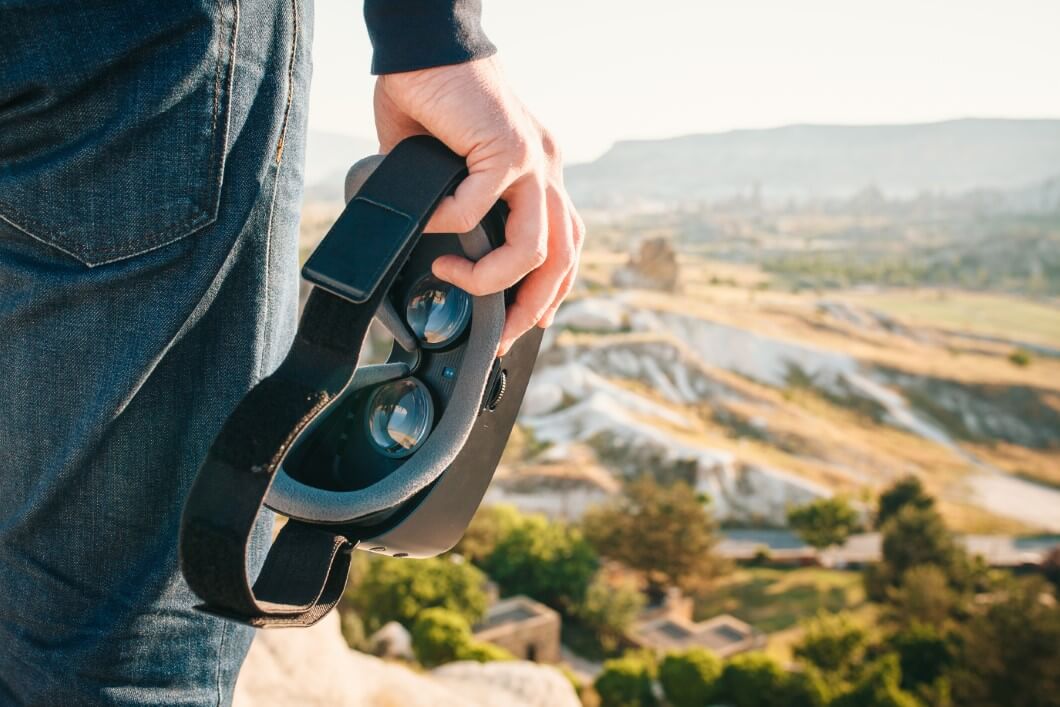 The Tour Operator of the Future

Nevertheless, while the virtual reality vacation is not necessarily destined to replace tomorrow's travel, it does have features that could revolutionize the industry. Virtual reality could become tomorrow's travel catalogue. A helmet and 360-degree immersion to help customers discover the destinations offered by tour operators would then replace the brochures on the counters. It is the perfect tool for preparing a trip without revealing everything, it would give a real foretaste and allow tourists to better target their preferred trip.

Perhaps it could be even more useful. Without replacing travel, the VR could make accessible destinations that are out of reach. It would help to relieve congestion at certain sites, which would be temporarily closed to allow them to regenerate in an eco-responsible manner. Consumers would also be able to go to inaccessible places such as space, for example. Or even change times. How? By reconstructing places on an archaeological site, a godsend for history fans eager for knowledge. Once on-site, the tour operator will offer an immersive and educational experience. To a small extent, of course, you don't visit a place to have glasses on your head. Reliving Pompeii before it was destroyed, for example, like the exhibition currently on show at the Grand Palais in Paris. "Eventually, virtual reality will bring a new form of entertainment to the tourism industry," imagines Erik Champion. It could appear in the main sites of major tourist destinations, but also as a pastime in airports." No doubt a revolution is underway.

ARE VIRTUAL TOURS THE FUTURE OF POST-COVID TOURISM? Video