In Saint-Martin, the show starts as soon as the plane lands on the runway. The Princess Juliana Airport is only separated from the Caribbean Sea by the beach of Maho. A thin strip of white sand on which tourists flock to admire the incessant dance of long haul aircraft touching the turquoise waters before touching down in a dizzying din. It is true that seeing an Airbus A330 pass a few meters above your head gives you a certain pleasure.

But this piece of land barely larger than the Ile de Ré - 93 square kilometers to be precise - has much more to offer than this few kerosenes gushes. Situated in the Caribbean Sea halfway between Puerto Rico and Guadeloupe and with a population of about 75,000, the island of Saint-Martin has the peculiarity, inherited from the colonial era, of belonging to two different countries. The north is French, the south Dutch. This situation has persisted since the signing of the Treaty of Concordia in the mid-seventeenth century, shortly after the withdrawal of the last Spanish troops.

Each zone has its own capital - Marigot for the French, Philipsburg for the Dutch - and its own currency - the euro in the north and the US dollar in the south. The type of tourism is also very different in the two parts of the island. The Dutch-owned side is heavily dependent on the huge cruise ships that dock every morning and pour their streams of holidaymakers into the shops of Philipsburg or to nearby attractions, such as a zipline that is presented as the steepest in the world. At least that was the case before the coronavirus pandemic.

The French half, on the other hand, is relatively untouched by mass tourism. The more adventurous will attempt the ascent of the Pic Paradis, the highest point of the island with its 424 meters of altitude, or will swim to the Creole Rock, a mecca for snorkelling (underwater hiking, in French). The others will sip a cocktail or taste a lobster on the Pinel islet. Gourmets will find in Saint-Martin what they are looking for, whether it is the great sites of the bay of Grand-Case or the lolos, these traditional straw huts serving local fishing grilled on the barbecue.

It's also worthwhile to get away from St. Martin's to visit the surrounding area. For example, the desert island of Tintamarre, half an hour away by sailboat. By simply equipping oneself with a mask and a snorkel, curious tourists will find there immaculate beaches, ideal to admire the world of silence. Rays and a few turtles can be spotted, for example.

Another idea: spend a day, two hours by ferry, on the very posh Saint-Barthélemy. A kind of Gstaad, the seaside version of Gstaad, which every year attracts stars such as Gwyneth Paltrow or Leonardo DiCaprio, and where all the luxury brands are present. It is also on this little piece of France that the singer Johnny Hallyday is buried today.

But those who flee from rhinestones and sequins will undoubtedly prefer the more authentic charm of Saba, a wild rock that is part of the Netherlands. With its 887-metre-high volcano and its steep banks, it is a paradise for hikers and divers alike, who will enjoy waters of more than 25 degrees, even in the middle of winter. Finally, the island of Anguilla, the jewel of the British Crown, is also the destination of many excursions from Sint Maarten, even if it is not very interesting after all. Except perhaps for wealthy tourists who will find some of the most luxurious hotels in the region. 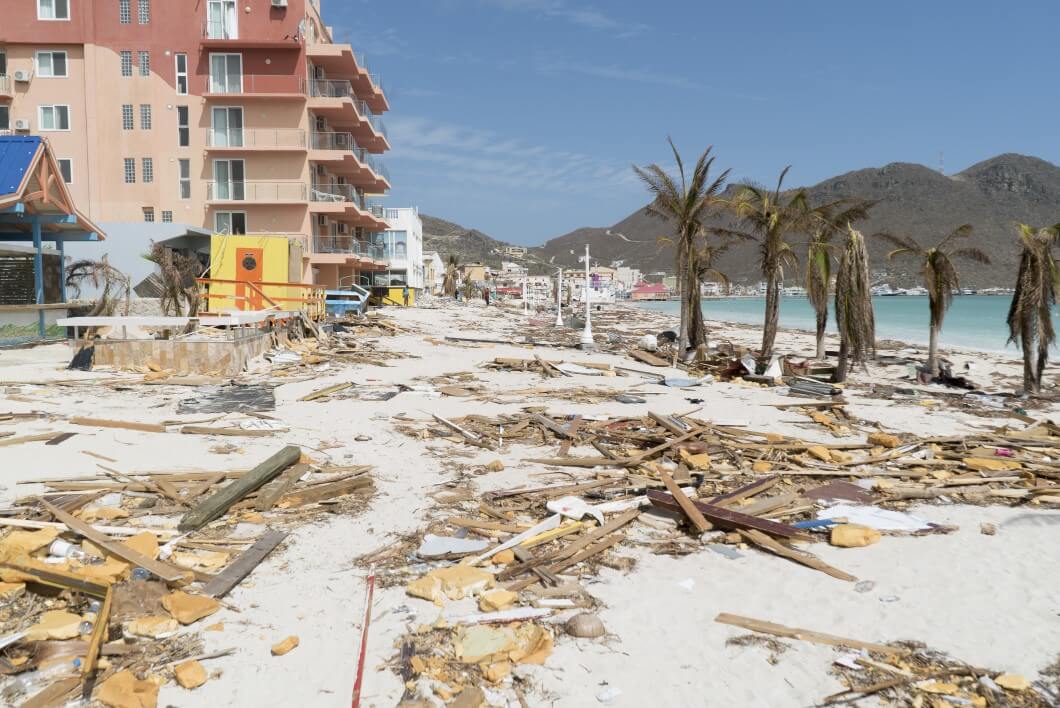 Now back to Saint-Martin. The best time to visit it is from early May to late May or even June. But the French-Dutch island comes back from far away. In September 2017, it was indeed quite destroyed by Hurricane Irma, which blew gusts of over 300 kilometers per hour into the region. The consequences are still clearly visible, three years after the disaster, still a good number of shipwrecks and buildings destroyed. Tourism has taken a hit. According to the Institute for the Emission of Overseas Departments (IEDOM), the number of passengers landing at Princess Juliana airport, for example, fell by 65% between 2016 and 2018. However, Saint-Martin is slowly recovering from its injuries, despite the new stopover caused by the Covid-19.

HURRICANE IRMA – THE IMPACT ON THE CARIBBEAN TOURISM DESTINATIONS

AIRBNB FOLLOWS THE TREND OF NEW LIVING AND TRAVEL CULTURE

TRAVEL ITEMS THAT A WOMAN SHOULD NEVER FORGET TO PACK