Portugal has temples, places of worship and religious festivals, which translate into tourist routes from north to south. Faith is an essential part of the holidays of many, both Portuguese and foreigners. They begin their journey when the climate is mild and the days are longer, walking the path of faith. Many pilgrims choose the Spanish city of Santiago de Compostela as their destination.

The Portuguese version of Camino de Santiago encompasses Lisbon, Coimbra and Oporto, but not all people start at the same geographical point. Approximately one hundred thousand people passed through the north in 2018. Its importance is already relevant to the region. Experts admit that it is difficult to find exact figures regarding the economic impact but in the last two years, microenterprises associated with the field have been growing in numbers. They are composed of young people who want to respond to the needs of pilgrims. Among the activities, there are mobile apps with information for these tourists and other services whose purpose is to simplify the trip – carrying backpacks, for instance – or make the experience different, with a horseback ride, among other solutions.

There are no precise data on how much religious tourism is worth, but the economic picture becomes clearer when it is seen that "the Portuguese Camino de Santiago has grown almost 90% in the last three years, a period in which the total number of pilgrims who arrived in Santiago grew 25%”, according to the Secretary of State for Tourism. “To promote this kind of tourism, taking into account in particular the fact that 2021 will be the Compostela Holy Year, or Jacobean Year (celebrated since the Middle Ages, by papal disposition, when July 25, day when the apostle Saint James the Greater is celebrated, is also a Sunday), the government approved a model that certifies the international recognition of the Portuguese Camino de Santiago, which is currently being implemented, enabling the management and signaling of the whole path. 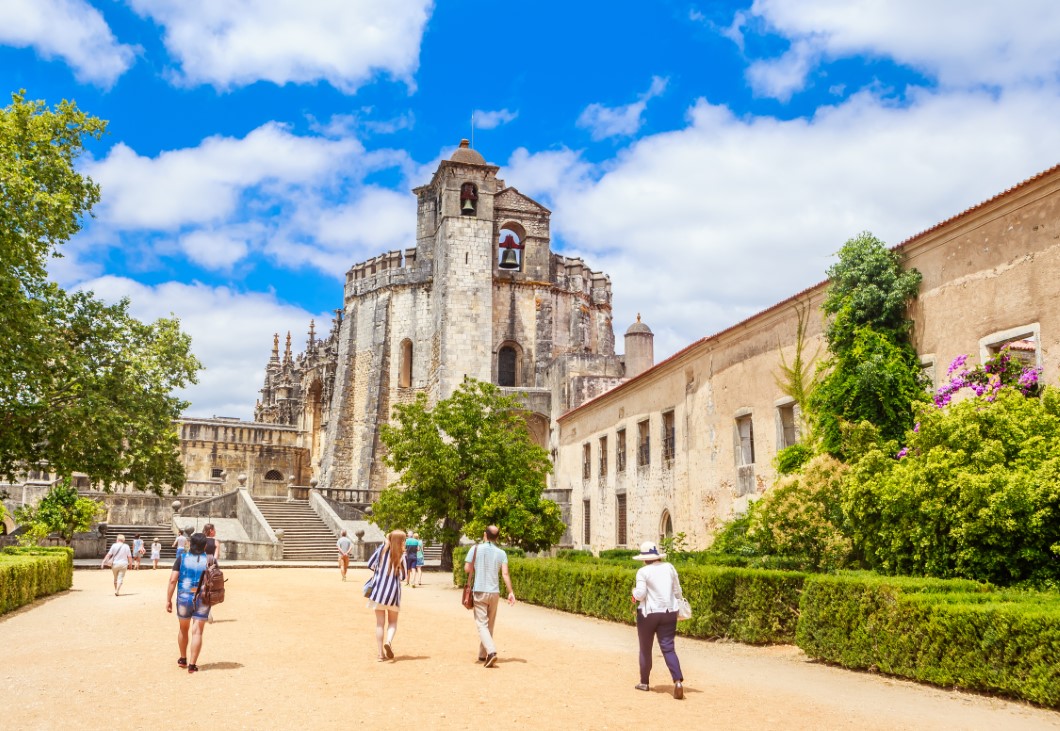 Through greater proximity with the Galician authorities, Luís Pedro Martins believes that it will be possible to “double this number in a year or two”, reaching 200.000 people. Tourism has grown in recent years in the northern region – last year there were more than 5.2 million guests and the region, in the first five months of 2019, counted 2.02 million people in its hotel units, 161 thousand more than in the same period of 2018. “Caminos de Santiago are one of the major points of attraction, on which we will invest even more, but there are others. Braga has been greatly increasing its numbers based on religious tourism. And, in our opinion, the appointment of the Sanctuary of Bom Jesus as a UNESCO World Heritage Site will help strengthen this reality. The city of Braga recorded about 500.000 overnight stays last year”, adds the leader of Turismo do Porto e Norte.

In the middle of April, those who travel along the national roads often encounter groups of people wearing yellow vests. They are pilgrims who have Fátima as their destination, seven million people in the last year, the affluence that the rector of the Sanctuary, Carlos Cabecinhas, considers “significant growth of groups whose origin was rare until recently”.

For several years now, pilgrims who walk through the localities towards the sanctuary help to boost local economies, as customers of commerce and restoration.

The development of the areas surrounding the sanctuary – among them, hotel units and several commercial spaces – is also justified by the number of people who visit the site each year. In the last year in which it publicly disclosed its figures (something to which the sanctuary is not bound by law) - 2006, the year of the construction of the Basilica of the Holy Trinity – the sanctuary presented revenues of 17 million. More than a decade later, hotel, shop and restaurant revenue across the region will also have increased.

Last year, Fátima was visited by 2785 groups of foreigners from 26 countries and 1602 Portuguese. “We have invested heavily in religious tourism to promote Portugal internationally, as a spiritual country, with Fátima and with Caminos de Santiago, the Jewish Heritage and the Marian Altars”, says a source from the Secretary of State for Tourism to the newspaper Dinheiro Vivo. “This program will have two new dimensions: the religious festivities and the Sacred Mounts (where sacred art places are contemplated, such as the Sanctuary of Bom Jesus do Monte and the Sameiro Sanctuary, the Chapel of Santa Maria Madalena, the Caminho Real that connects this chapel to Guimarães, Citânia de Briteiros and Castro de Sabroso). There are no global numbers of tourists arriving in the country for religious and spiritual purposes, but we have good indicators in relation to the increasing demand by tourists for each of the areas we promote”. 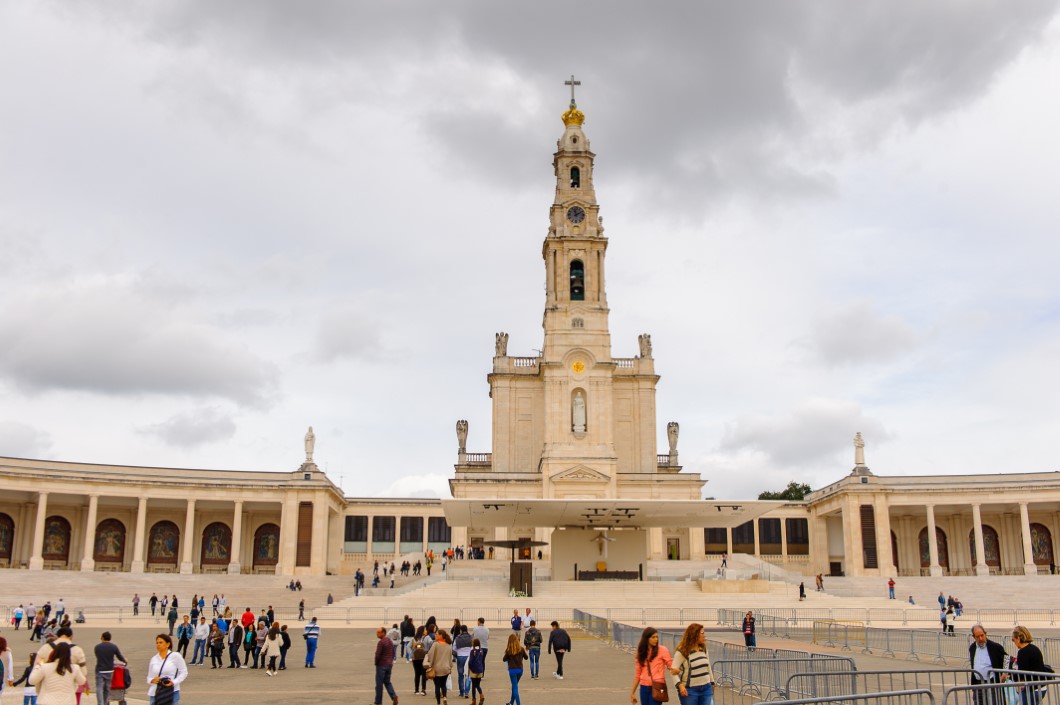 According to Ana Mendes Godinho’s office, Fátima has received many groups from different parts of Asia, “proving the great capacity of religious tourism as an instrument for market diversification”.

The religious attraction of the Central Portugal area does not end in Fátima. Jewish heritage is also quite strong. Between the 5th and 15th centuries, the Sephardic community established itself in the national territory, participating actively in the national culture. In 1496, the Edict of Expulsion of Jews in Portugal forced many to convert to Catholicism and those who rejected it left the country. But the marks and inscriptions of those who remained – and secretly kept their faith – are still visible in the old Jewish houses, whose remnants are present in Trancoso, Belmonte, Guarda or Castelo de Vide.

Pedro Machado, president of Turismo do Centro, recalls “that the growth has been quite solid, as a result of the proximity to the different economic agents - national and regional -, especially with foreign markets. In relation to Jewish heritage, we have consistently worked to promote this product in several countries, in particular, Brazil, USA, and Israel”.

According to government data, the Israeli market has increased its overnight stays in Portugal by 44% since 2015, reaching 238.000. Between January and April alone, the number of guests of Israeli origin increased by 15.5%, “reflecting our promotional investment”. Ana Mendes Godinho’s office concludes that “religious – and spiritual – tourism has seen great growth in Portugal, and is a strong instrument for people to discover the whole territory”.

THE NUMBER OF TOURISTS IN PORTUGAL INCREASED MAINLY THANKS TO BRAZILIANS

THE U.S. OPENS COUNTRY BORDERS TO CANADA AND MEXICO

AWARD: THE MOST BEAUTIFUL VILLAGES IN EUROPE REVEALED

SOUTH ASIA NEEDS CHINESE TOURISTS BUT THE BORDERS ARE CLOSED